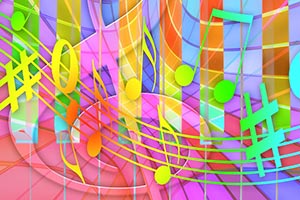 Almost everyone has interests and hobbies. We can define interests as enduring subjects that we dive deeply into, as opposed to hobbies, which might be light pastimes.  One woman who has eclectic interests and hobbies is Jane Freeman who has been a personal friend for decades.  Jane is a painter who divides her time between New York City and the Catskills and has a studio in each location.  She attributes her serious, lifelong interests in art, music and literature to her parents, who encouraged her in these fields since childhood.

As a young child, her father made a doodle on a paper placemat in a restaurant. To entertain her, he handed the placemat and a pencil to her and said, “Finish the drawing.”  Thus, at age four, her artistic career was launched.

Another important interest is literature and writing. From the second grade, Jane remembers, her teacher gave the class twelve new vocabulary words each week. The children got extra credit if they could compose all twelve words into a story.  That experience catapulted Jane’s lifelong enthusiasm for writing.

As for music, Jane listened to Bach, Beethoven, Brahms and Vivaldi from the crib.  She is not talented musically but adores the classics and quips, “The only instrument I play is the phonograph.”  However, music always accompanies her in her painting studio.

If lifestyle choices are interests, we might say that Jane is keen on frugality, simplicity, minimalism, solitude, yoga and Qigong. Ever since acquiring her country cottage, she has developed a strong attraction to nature. Who introduced her to nature?  Her city cat and her city dog who are her city/country companions. 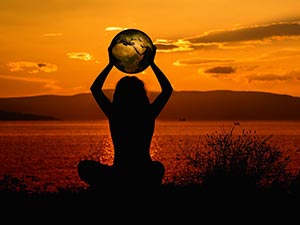 One skill she lacks is driving. In fact, she has a general antipathy to all things technical from this century.  She has to bum rides to farmer’s markets.  When that doesn’t happen and dinner hour rolls around, she has learned to forage in her yard for dandelion greens, red clover, mustard garlic, parsley, sage, rosemary and thyme.

In terms of hobbies, Jane doesn’t have much time for pastimes, but practices Sanskrit daily and enjoys concocting recipes without a recipe book.

Now in her 70’s, Jane feels she’s had plenty of time to cultivate her interests and priorities and continues to revel in the life of the mind, body, heart and soul. She finds that “doing” all of these things makes space for “being.”