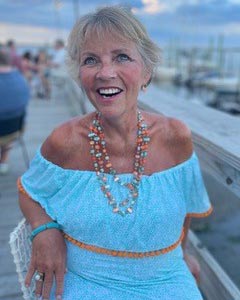 Meet Karen McCarty, Co-founder and Artistic Director of Healthy Humor, a comedy group of doctor- clowns who cheer up sick children in hospitals around the country.  Karen grew up in the circus, and as a child she suffered cancer, which later informed her career choice of reaching out to sick children in hospitals. She holds a BFA in acting and directing from West Virginia University and is a graduate of L’Ecole Jacques Lecoq in Paris.  Today she is an expert on healthcare clowning, now a growing profession. She was the Creative Director of the Big Apple Circus Community Programs. During her thirty-year career, she has performed with and managed hundreds of clowns in pediatric hospitals nationally.

Karen received the Raoul Wallenberg Humanitarian Award and, as her alter ego, “Dr. Ginger Snaps,” has been featured on television programs such as Good Morning America and Comedy Central. She also performed in the Broadway musical Barnum.

Healthy Humor is an arts organization with professional performers who create moments of joy, wonder, laughter and comfort for hospitalized children and adults in need. Kudos to Karen McCarty
for living her purpose-filled dream.