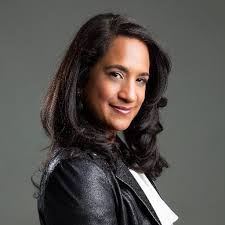 Dr. Mona Jhaveri is the Founder and Director of Music Beats Cancer. She started her career as a cancer researcher and moved into the biotech industry where she realized fund-raising is extremely difficult. She received her doctoral degree in biochemistry at Wake Forest University, followed by post-doctoral work at the National Institutes of Health (NIH) in Bethesda, MD. There, in the lab, she made a discovery that could treat ovarian cancer and learned first-hand how many cancer ideas go to that metaphorical place where great ideas die because they lack critical funds to move forward.

This funding breakdown fully impedes progress in reducing cancer. Music Beats Cancer wants to change that by leveraging the power and passion of people and music to help raise funds and awareness of promising cancer innovations.

MBC mission is to increase the number of cancer-fighting technologies in the product development pipeline so that more solutions make it to those in need.

In the crowdfunding MBC model, donors give directly to a cancer-fighting campaign they care about. In return, donors receive quarterly updates on the progress of the campaign from the entrepreneurs they supported.

Music Beats Cancer believes it is important to value choice and transparency. The long vision of MBC is to become the public’s “go-to” cancer charity where the public can support and learn about cutting edge treatments all over the world. Google Music Beats Cancer for extended details.