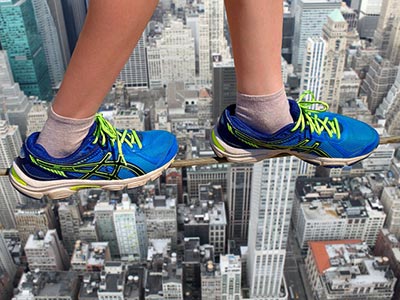 To see your purpose through takes courage.  To have courage takes guts and gumption. A good example of a gutsy woman is Dr. Cynthia Barnett, a professional woman who is African American.  She is a Ph.D. in Education originally from the Caribbean. When she moved to the United States in search of a better life, she encountered racial discrimination from all sides. When she tried to purchase a home, no realtor wanted to work with her because of her color. Moving to an all-white neighborhood, she was not welcomed.  She faced similar obstacles in her career.  She raised three daughters to go after their convictions despite abiding racism in the US. Her gutsiness was again expressed when she sued the school system that discriminated against her for being black.  Eventually, she reached her goal as a secondary-school administrator.  Cynthia chronicled her experiences in a book I’m Not Done Yet…and You Shouldn’t Be Either. She went on to receive The Purpose Prize for founding Saturday Academy and Amazing Girls Science, to engage young girls in Science, Technology, Engineering and Math (STEM).  Cynthia added the Arts turning STEM into STEAM!

We recommend that you read her book which emphasizes being willing to use your courage and gumption to reach a goal or pursue a dream. Dr. Cynthia encourages you to take a stand, speak up and speak out. Being gutsy means going beyond following the crowd, following your own highest purpose, and achieving a happy, satisfied life.

What gutsy moves have you made in your life? This question was posed in our recent workshop whose participants came up with the following points:

…deciding to have a child on my own without a partner

…informing friends and family about my sexual orientation

…moving to a new city where I didn’t know anyone

Questions for you to ponder as you contemplate becoming more gutsy, yourself:

Books on being  Gutsy

I’m Not Done Yet…and You Shouldn’t Be Either,  by Dr. Cynthia Barnett

Got Guts?  If You Have Guts, You Will be Successful, by Marta Velástegui

Be You. Do Good. Having the Guts to Pursue What Makes You Come Alive, by John David Golden

Hell of a Ride, by Cynda Thomas and Velvet Thomas

Freedom! The gutsy pursuit of breakthrough and the life beyond it by Jennifer Watson