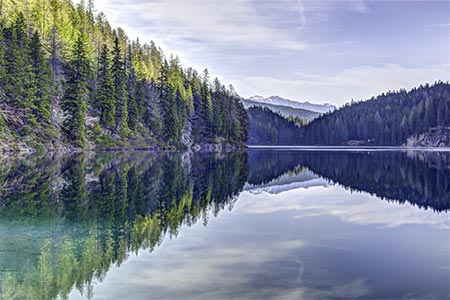 June 17, 2020 …a day I will never forget. That’s when I started feeling sick. My kids wanted to go to the pool. While there, I developed chills. After we arrived home, I went to bed. That was just the beginning. By evening I vomited uncontrollably and had no control over my body. Almost  a week later, after welfare checks by friends and police, falling constantly, and even falling in front of my friend while trying to answer the door,  my parents were called over 1000 miles away, and an ambulance arrived shortly after .Clearly it was time for a hospital. After the ambulance came, I couldn’t see straight. EMTs wore infectious suits just in case I was that far gone. I can still remember someone telling me that I looked like death when I got to the hospital.

The first week in the hospital was a total blur. Though delirious, I thought I was in the mob section of the ER and was then moved to the acting ER section. My mind said I was moved because I had no mafia connections and they didn’t want me to be in the same area as mafia in case I would hear classified information. Finally, the private room where I was headed was ready and I found myself in a very dark section of the hospital. For the next few days, I thought I was on a hospital boat. This boat was not a cruise ship, but rather a medical boat with hospital supplies. I felt like I was the only person on this small hospital boat. What was worse “there was breaking news that a wealthy hospital magnate was killed and their fortune of “ice water” was endangered. I remember thinking that this wealthy ice water magnate had a side business so the company could stay solvent. It was also a shock to me when I asked for ice water and it was given to me without incident. At that moment I realized I was still in the acting section of the ER. Ah, delirium!

While my mind was playing games, the hospital staff prescribed heavy antibiotics. I drifted in and out of a delirious state and noticed my hospital room more and more. The boat that I thought I was on was not a boat at all but rather a bright hospital room with a calming picture of the beach on the wall. The wonderful hospital staff constantly gave me intravenous medicine, potassium and whatever else my diminished body needed. The world was now becoming more normal. As days passed, I learned that I had a bacterial infection. Finally, my body was reacting positively to medicine. Body functions improved and after a couple weeks of oblivion, its hold on me was wearing off.

Unbeknownst to me, family/friends called a company to clean and disinfect my apartment. On the day I was released from the hospital, they also helped me pick up prescriptions and get safely home. Friends brought meals so I had food for a few days and I am grateful to them for helping me to recover. My strength is coming back and eating food again is doing wonders.

Lessons learned:
…Do not take health for granted. If I had been more attentive, problems would have been fewer.
…Recovery would be faster and easier if I had not been so reluctant to get help.
…Consider the bigger picture…I almost died from infection going into sepsis. Not fair to my family or my children. They need their dad, son, brother and uncle.
…Be Proactive. I’ve cried too many tears thinking how I almost left my kids and how I made my family and friends feel by allowing myself to get so sick. Recovery is slow because I was so slow to ask for help when I needed it.  I have a higher purpose in this world and thank heavens I now have a second chance to live it.

"Whoever saves one life saves the world entire"