Older adults often confront a generational divide between digital native millennials and digital ignorant seniors. Many older adults are seeking new ways to communicate with technology, social media, Zoom, ordering online, remote education and connecting with young people. Too often technology has passed many by yet communication is quickly becoming digital with no going back. That’s where the Senior Planet Exploration Center (SPEC) takes center stage as the nation’s first tech-themed center for people over age 60, the fastest growing segment of computer and internet users. 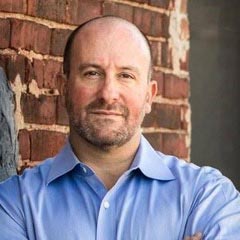 Meet Tom Kamber, Founder and Executive Director of OATS and SPEC. Tom is an expert on aging and technology and is regularly featured in national media. He has presented this work on five continents, providing award-winning programs for seniors.

Many older adults are seeking updated ways to reconnect, move beyond their comfort zone and get up to speed in new and unfamiliar ways. In 2018 Tom was named one of Next Avenue’s influencers in aging. Tom also has taught courses on technology, urban studies, and philanthropy at Columbia University and is widely published in the news and professional journals. such as NY Times, WSJ, LA Times, Washington Post, All Things Considered, The Atlantic, Fast Company, Forbes, The Economist along with numerous awards from PBS Next Avenue, ASA, PR Week, and the Webby award.