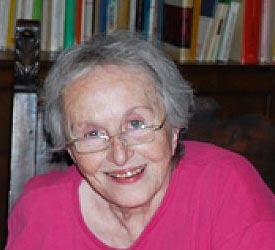 Thelma Reese, Ed.D., retired professor of English and Education, with degrees from Temple University speaks with passion and knowledge about ways seniors continue to pave the way. In the past, she created the advisory council for Hooked on Phonics and was its spokesperson in the ’90’s. In that role, and as director of the Mayor’s Commission on Literacy for the City of Philadelphia, she appeared frequently on television and hosted a local cable show.

She was a founder of Philadelphia Young Playwrights, chaired the Board of Children’s Literacy Initiative, and organized the World Symposium on Family Literacy at UNESCO in Paris in 1994. She is co-author, with B.J. Kittredge, of How Seniors are Saving the World (Rowman & Littlefield, 2020) in which Reese and Kittridge highlight the opportunity for renewed self-discovery to be found through focusing outside oneself even as aging presents its own challenges.

Reese also created the award-winning ElderChicks blog and maintains it at www.elderchicks.com. Thelma, a mother and grandmother, lives in Philadelphia with her husband, author and artist Harvey Reese.

In all of her endeavors, Thelma is an activist. She believes in listening first and speaking clearly. One example of her activism is having “skin in the game.” Thelma talks about “skin” as being one’s authentic self-standing up and being counted, vs. sitting back worrying. The “game” is whatever issues you are concerned about. As Thelma says, “If it’s a cause that concerns you, do something about it to help fix it, or right a wrong. You have power.”